We’re super excited to be here (on our own website, of course)! Before we start, we’re going to pull an Oscar speech and name some people that we are greatly thankful for: PufCreativ, for supporting us endlessly and creating the website of our dreams; our family and friends, for cheering us on while we set out on this complex, uncharted endeavor of ours (you know who you are); and the beautiful plant that is cannabis, for bringing us together and illuminating the meaningful things in life. We wouldn’t be here without all of you!

Before this becomes an ode to cannabis, we’ll share our little background stories: 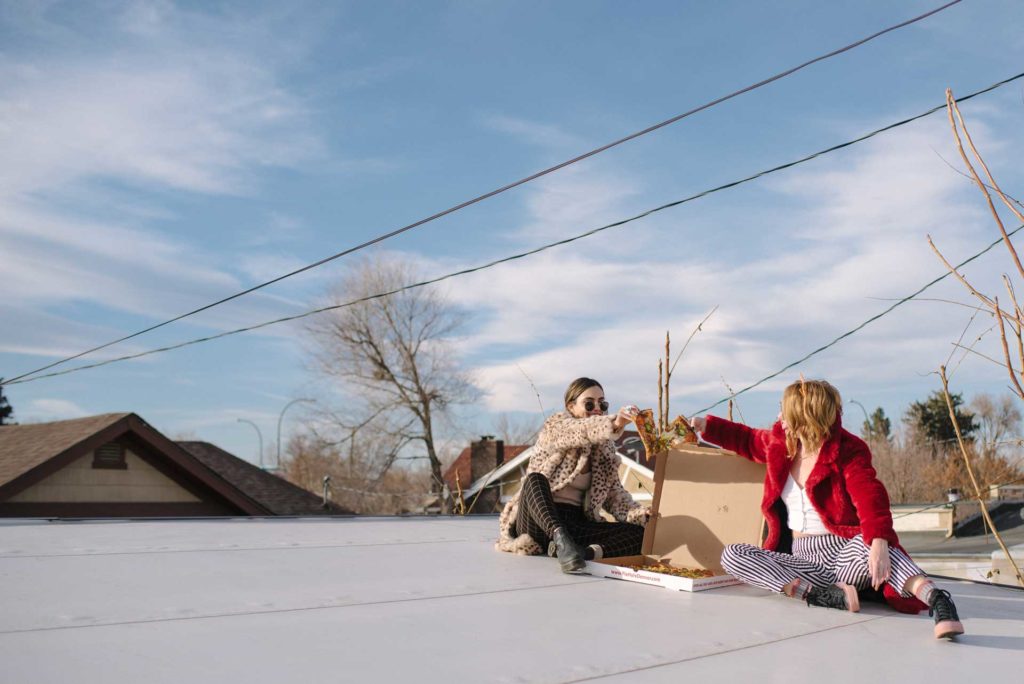 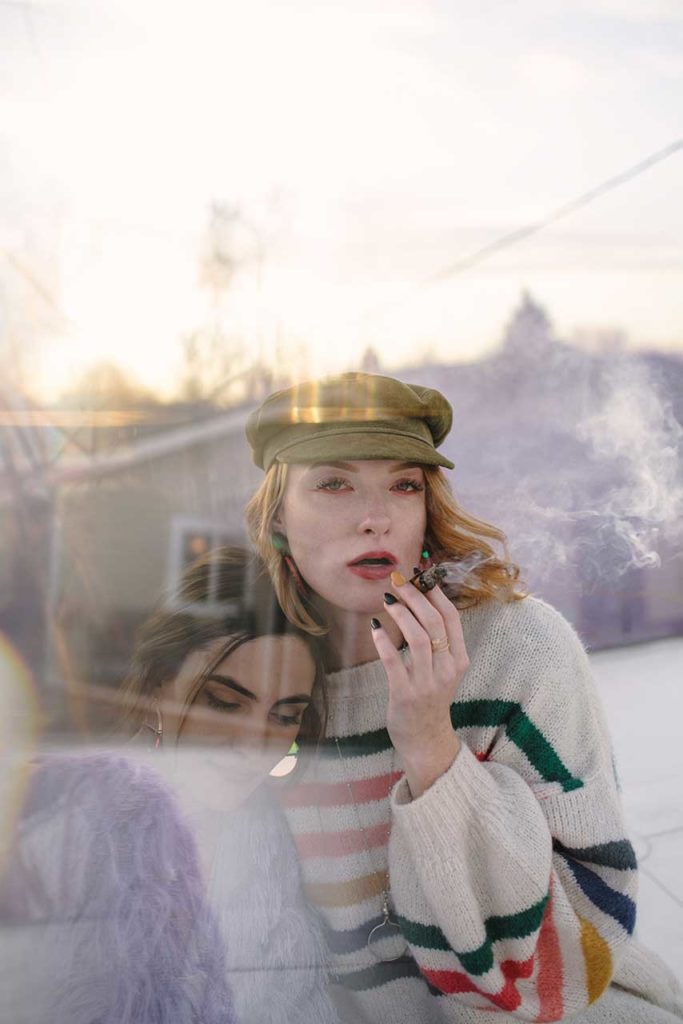 McCarter (born Emily Dunlop McCarter) hails from the armpit of the country, the midwest. St. Louis, Missouri, to be specific, where she was raised by supportive lawyer parents and two over-achieving sisters, who tormented her as much as she tormented them. At the ripe age of 14, while all her friends were experimenting with Everclear and Kool Aid shots, she smoked weed for the first time. Hiding her consumption until college, McCarter would continue to write creative non-fiction about her highly-fueled shenanigans in places where cannabis is illegal, which helped her realize how much her white privilege allows her to float over the bad scenes and big drug deals. After receiving two ‘possession of marijuana’ charges in Indiana while still in college and getting off with some fines, she realized how real the privilege really was. She knew that she needed to live in a place like Colorado in her future, and that she would find a way to use her privilege to fight for cannabis destigmatization and encourage further legalization in places like Indiana, where many of her friends are still living today.

After working for a Denver print and online media publication and then for a cannabis public relations agency, McCarter came to realize that she could spread the good word about cannabis by creating her own content to share on her longstanding personal Instagram page, @mccartergetshigh, where she had already been proudly flaunting her cannabis use. After meeting her partner in crime, Whitney, who shared a similar passion for cannabis content, the seed of an idea to start their own venture was soon planted.

Whitney (born Whitney Rose Adrian) hails from the east coast, from a little farm town about 20 miles outside Boston, MA. She first found major relief in the plant in high school, when she started experiencing depression in the midst of her parents going through a divorce. After experiencing some terrible side effects from antidepressant medications, she found relief in the natural antidepressant properties possessed by cannabis. She went on to be a regular consumer of the plant throughout high school and college, but thought that as soon as she graduated she would have to stop consuming due to the stigmas that our society enforces about adult cannabis users: they’re lazy, they can’t hold down a respectable job, they won’t be taken seriously. Upon moving out to Colorado after graduation, she was relieved to find that that simply was not the case. Within a year of arriving in the promised land, she had fallen into the world of weed, working for a cannabis media company selling digital ad space to cannabis brands who struggled to find ways to market their products in an emerging market. After a couple of months, she found herself getting pulled into photo shoots regularly by the company’s media creation team for their clients who were looking to showcase female consumers in their content. She started taking her own photos of all the new products and strains she came across on the job and quickly realized that she could combine her long-time love for both photography and cannabis. However, when she created her Instagram account, @sunnny.daze, she purposefully chose a handle that would allow her to semi-anonymously share her cannabis content with the world due to fear of judgment by her friends from home and college. It wasn’t until about a year after creating her page that she began to be more public about it with people from her time before CO, and after spending more time around McCarter she was inspired to completely and unapologetically embrace her love affair with the plant. 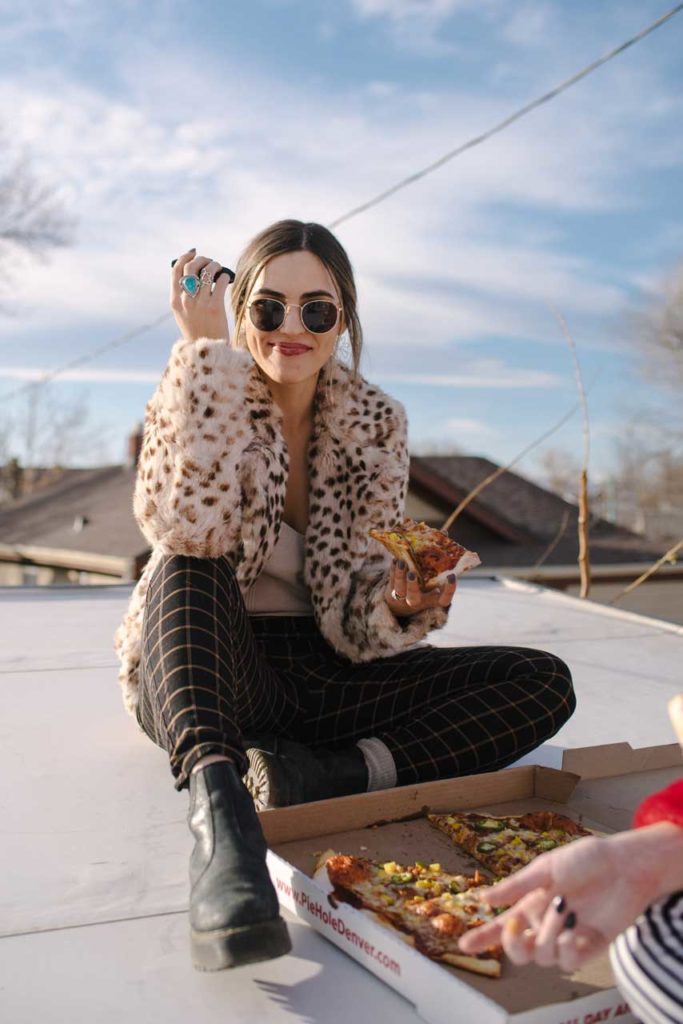 How did you two meet?

We actually met on Instagram. McCarter responded to a story Whitney put up where she was hiking one of her favorite trails at Lost Lake. She soon found out that Whitney was getting ready to move from the big city of Denver to little ol’ Boulder, and later discovered that Whitney was in search of new friends to hike and sesh with in Boulder, so we arranged to get together for a sesh. The rest is history <3

Is ok ok creative an agency?

NO! While we do offer a lot of the same services that creative agencies offer, we are quite the opposite. For where we are now in our lives and careers, we value our small, two-person partnership so very much. Keeping it simple is always the best route! We’ve learned that it’s better to stick to what we know and bring in our friends who specialize in branding/PR/video production/etc. for the rest! (Note: If you are looking for an agency, we highly recommend working with PufCreativ. They do everything and they do it really damn well!). 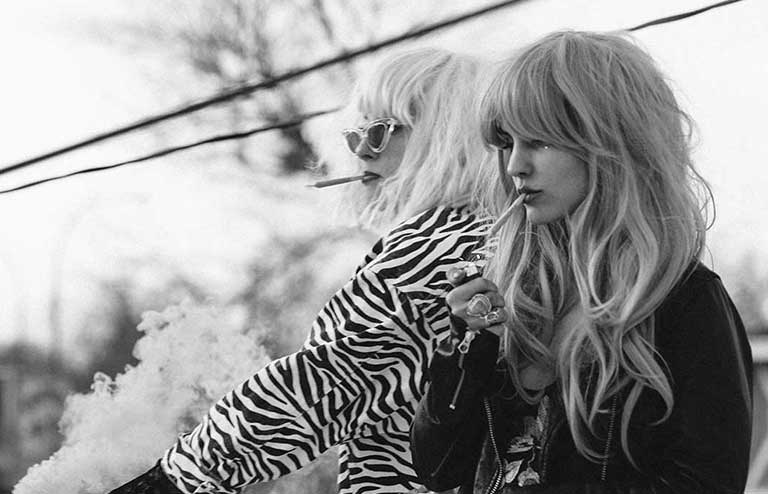 How did you get your name?

Unsurprisingly, we were smoking a blunt when we came up with our name, ok ok. We had been trying to think of a name for our business for weeks so that we could officially announce our partnership to the world – and let us tell you, we were getting restless. It felt like a huge obstacle holding us back in all of the things we were ready to start doing. Whitney said, “we need to think of something unique that makes people stop and think for a second.” Deep in consideration of that thought, McCarter said “ok, ok…” and Whitney said “that’s it!” The name began to take on more meaning for us with time. We found that people would naturally use the phrase as a way to show agreement with others, or to show someone that they’re interested and engaged in what they’re saying, or when they became convinced by a nugget of information they hadn’t considered before. It embodies the feeling when at first, you doubt something that’s been laid out for you but then enough evidence is presented for you to agree, maybe even proving you wrong… ‘ok ok.’ This is pretty much what we’ve set out to do here: convincing people to open up their minds to bigger or different possibilities, especially when it comes to cannabis.

How do you make money doing what you do?

Ahhh, the most frequently asked question. We’ll be getting to this soon, stay tuned!